From Rehab to Redemption: The True Story of Lecrae Moore

Award-winning hip hop artist, Lecrae, talks about a turning point in his life with an excerpt from his memoir, "Unashamed."

My days in rehab cycled between group counseling and isolation.

Being with a group was almost an out-of-body experience. I went into observer mode, and remained mostly quiet. You didn’t have to share unless you wanted to, but even if they had made me, I wouldn’t have known what to say. The thought running through my mind was, I’m not like these people.

They were all seriously messed up.

In my first session, I remember sitting across from someone who drank a gallon of whiskey a day and a girl who was strung out on drugs because her father kept raping her. Listening to them tell their stories, I realized that I was the only one in the facility who was a college student. The only one who had been given a range of opportunities to break the cycle and succeed.

But I squandered all of them.

Alone in a Room with a Gideon Bible

When I wasn’t in group counseling, I was stuck in the solitude of my room. Being forced to sit in an empty room, cut off from the world, was awful. But it turned out to be exactly what I needed. For the first time in my life, I was able to process everything I’d experienced without distractions or peer pressure. I didn’t have to live up to anyone else’s standard in that room. I could just think.

There was only one item in my room to keep me busy. I noticed a small book sitting on top of the desk. Leather-bound and familiar, it was a Gideon Bible—like you’ll often find in hotel rooms.

I picked it up and turned to the Book of Romans. I started reading and couldn’t stop. Chapter after chapter, it was like the words had been written for me:

I kept reading because it was really speaking to me. And then I came to the sixth chapter:

Lecrae: "It was like a blindfold fell off my eyes."

I saw Jesus as my Savior, but not my Lord.

I thought that because God had given me grace, I could just do whatever I wanted. But doing whatever I pleased was only going to bring death.

Surrendering to God was the key to receiving life.

I walked back to the door and knocked until an attendant came. They mentioned during check-in that one of the few things you were allowed to do in your room was draw. So I asked for paper and something to write with. Since a pencil or pen was a potential danger to patients, they offered me a crayon. I had been going hard for months, but rehab gave me hours to sit alone with God. With a Bible in one hand and a crayon in the other, I began reading the Word and writing down everything God was saying. And He was teaching me mind-blowing things that no one else had ever told me.

When I decided to follow Jesus that night in rehab, I assumed that becoming a Christian would make life easier. I thought the rest of my life would be smiling and smooth sailing. I assumed women, partying, acceptance and all the things that I’d been a slave to for so many years wouldn’t tempt me. I thought I would walk around with a continual inner peace and serenity like Gandhi or something.

This turns out to be a lie that too many people believe.

The Truth About Being a Christian

You’ll actually experience more temptation, not less, after you become a Christian.

Following Jesus doesn’t mean you’ll start living perfectly overnight. It certainly doesn’t mean that your problems will disappear. Rather than ridding you of problems or temptations, following Jesus just means that you have a place—no, a Person—to run to when the problems come. And the power to overcome them.

I wish someone had told me this after that night, because when I started stumbling and faltering after I became a Christian, I hid my struggles. Why? Because I didn’t think it was supposed to go down like that, and because too many Christians I know lived by the same lie, and they condemned, shamed and rejected other Christians who messed up.

Since I thought I was supposed to be instantly sinless and my Christian friends did, too, I lived a double life. I acted like a Christian around other Christians, but I let loose whenever I wasn’t.

The Truth About the Bible

I can’t tell you where we got the idea that following Jesus is some kind of quick fix for all of our struggles, but it wasn’t from the Bible. No, Scripture is like one, big, unbroken story about people who decided to follow God and ended up failing almost as much as they succeeded.

After God told Abraham that he was going to have millions of kids, the old man literally laughed in God’s face. Jacob was a lying cheat before he met God at Bethel. And he was a lying cheat afterward, too. These are two of Israel’s greatest patriarchs.

Moses was a murderer, a doubter and an excuse-maker. He was chosen to lead God’s people out of slavery. David was “a man after God’s own heart.” But he was also an adulterer. His son, Solomon, was the wisest man who ever lived. But he had hundreds of wives. And Jesus’ disciples were all flawed in their own way. With such a long list of people who both followed God and stumbled constantly, why would we assume our experiences would be any different?

But somehow we do.

Learn More About Unashamed by Lecrae 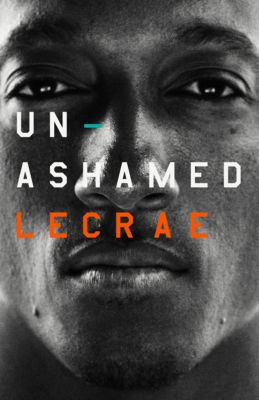 If you live by people's acceptance, you'll die by their rejection. Two-time Grammy winning rap artist, Lecrae, learned this lesson through more than his share of adversity—childhood abuse, drugs and alcoholism, a stint in rehab, an abortion, and an unsuccessful suicide attempt. Along the way, he attained an unwavering faith in Jesus.

Read Articles Recommended for You

Not by Sight: Ginny Owens' Story

Blind since the age of 2, award-winning artist Ginny Owens shares her story of personal renewal and faith in the face of debilitating odds.

Point of Grace: The Mission Behind the Music

The ladies of the award-winning trio Point of Grace celebrate a legacy of family and faith.
Lecrae is a two-time Grammy Award winning hip-hop artist, has been nominated for five Grammy Awards, fourteen Dove Awards and a Billboard Music Award, Soul Train Music Award, and BET Hip-Hop Award. Lecrae is founder of ReachLife, a nonprofit that seeks to bridge the gap between faith and the urban context. He resides in Atlanta with his wife, Darragh and three children. Learn more about his autobiography, Unashamed.

Two-time Grammy winning rap artist, Lecrae, has seen more than his share of adversity: childhood abuse, drugs and alcoholism, a stint in rehab, an abortion, an unsuccessful suicide attempt.

But along the way, he found hope and an unwavering faith in Jesus. Get the full story from his memoir, Unashamed.