The History Behind "The Old Rugged Cross"

This gospel hymn favorite was written by a self-taught, traveling worship leader—later recorded by numerous artists including Bart Millard of MercyMe, Kevin Max of dc Talk, Amy Grant and Selah.

The year was 1912 and George Bennard, an evangelist traveling throughout the Midwest, was heckled incessantly by several youth at a revival meeting in Michigan.

A Vision, a Melody and the Completion of the First Verse

Troubled by their disregard for the gospel, Bennard turned to Scripture to reflect on the work of Christ on the cross. He later recalled, "I seemed to have a vision ... . I saw the Christ and the cross inseparable."

The melody came easily, and the first verse was completed by Bennard during a series of meetings in Albion, Michigan.

Several months later, the remaining three verses were completed in Pokagon, Michigan, where Bennard was leading meetings at a local church.

The First Performance of the Hymn

After completing the hymn, he performed the song in its entirety for the sponsoring pastor and his wife, Rev. Leroy and Ruby Bostwick, in the living room of the parsonage. The Bostwicks were moved to tears and incorporated the song in the revival service on June 7, 1913.

First, Bennard sang his hymn with guitar accompaniment, and then a five-voice choir sang with organ and violin accompaniment.

The hymn quickly spread throughout the region and came to the attention of the evangelist Billy Sunday, who frequently utilized it in his meetings. Two years later, Bennard sold the copyright to the song for a payment of $500, forgoing future royalties. Upon the renewal of the copyright 28 years later, he received a final payment of $5,000. 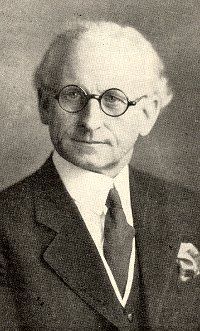 Bennard was born in Youngstown, Ohio, in 1873 and spent his childhood in Iowa. His father was a tavern owner and later, a coal miner. Bennard's conversion at the age of 22 through the evangelistic ministry of the Salvation Army in Canton, Iowa, led to his ordination and commissioning as a traveling evangelist in 1898.

In 1910, stepping out in faith, Bennard resigned and began his own itinerant ministry. He traveled throughout the Midwest, holding revivals until his retirement in Reed City, Michigan, more than 30 years later.

Loved for its lilting melody and words of personal trust in the cross of Christ, "The Old Rugged Cross" remains one of the most cherished hymns of the Christian faith. It has since been included in numerous hymnals and recordings by contemporary artists.

Lyrics to "The Old Rugged Cross"

On a hill far away stood an old rugged cross / The emblem of suff'ring and shame / And I love that old cross where the dearest and best / For a world of lost sinners was slain.

Oh, that old rugged cross, so despised by the world / Has a wondrous attraction for me / For the dear Lamb of God left His glory above / To bear it to dark Calvary. (*Refrain)

In the old rugged cross, stained with blood so divine / Such a wonderful beauty I see / For 'twas on that old cross Jesus suffered and died / To pardon and sanctify me. (*Refrain)

To the old rugged cross I will ever be true / Its shame and reproach gladly bear / Then He'll call me someday to my home far away / Where His glory forever I'll share. (*Refrain)

BONUS: Listen to "The Old Rugged Cross" by Bart Millard of MercyMe

Eric Wyse serves as pastoral associate for music and worship in Franklin, Tennessee, and is a songwriter and composer.