Not by Sight: Ginny Owens' Story

Blind since the age of 2, award-winning artist Ginny Owens shares her story of personal renewal and faith in the face of debilitating odds.

It was 2006 and singer/songwriter Ginny Owens had just completed her long-term recording contract with Rocketown Records, a well-respected independent record label founded by Michael W. Smith.

The company was in danger of closing its doors permanently, leaving its roster of artists—including Ginny—in limbo. Unsure of her next step, Ginny decided to put some space between herself and Nashville.

Trading in the Sleepy South for the City that Never Sleeps

Ginny struck out for the Big Apple in search of some anonymity and clarity so she enrolled at Columbia University, where she studied fiction writing—a far cry from the life she had come to know as an artist who's garnered multiple number-one radio hits, numerous awards and career sales approaching the one million mark.

"It was a little weird to go out on the weekends and do shows and then fly back in and get back into the city all by myself, to my place, and then go to school the next day," Ginny said. "I was hoping not to do too much music, but I quickly found there was a lot of need for me to be involved in music in different spaces."

Try as she might, Ginny couldn't stray from her musical calling. She began leading worship at area churches and even sang at a homeless mission regularly—an experience she calls both "humbling and so cool."

It was in New York that she began to realize that as a believer she was something of an anomaly—a foreign concept for the Jackson, Mississippi, native who grew up in the heart of the Bible Belt.

"To say that being a person of faith was not respected would be a vast understatement," Ginny shares of her time in the Empire State. "Faith [in] God was just something ridiculous." Despite the fact that she found herself in unfamiliar territory, Ginny was surprised at how fast she found like-minded souls.

"I felt like I got to know people really quickly, which a lot of people say can't happen in New York," she offers. "One day I asked one of my friends, ‘Why do we go deep so fast?' And she was like, ‘We know in this city people come and go, and so we're always really intentional about making sure we get to know them; and it's not like there are many believers around, so it's important to get to know them.'"

Ginny adds she even had friends—all fellow believers—who would rent apartments in the same building simply so they could be in community with one another and serve those in their spheres of influence together.

"It changed my perspective," Ginny said. "People don't go to church there unless they really want to. There's such an intentionality with which people pursue God in their communities."

After spending a summer falling in love with the city, studying at Columbia and building new friendships, Ginny began to teach songwriting at a local middle school. (She was actually a teacher prior to signing a record deal and has a degree in music education.)

That spring, she set out to find a permanent place to live in New York. Her plans came to a halt, however, when her mother was diagnosed with breast cancer. This time, the path was clear. It was time to go home.

While caring for her ailing mother, Ginny also continued singing, flying in and out of Jackson to play concerts on the weekends. Today, her mother is cancer-free, but for a season, illness seemed to be the theme of the young singer's life.

Within a six-month period, Ginny lost both a cousin and her grandmother to brain cancer. Her cousin, leaving a husband and children behind, was only a few years older than the 30-something singer and a childhood best friend.

Her grandmother was gone within a week after doctors discovered that the brain cancer had spread all over her body.

No stranger to debilitating diseases, Ginny herself has been blind since she was three as a result of a degenerative eye condition. However, she will be the first to tell anyone that truly seeing has very little to do with eyesight. It's more about perspective and less about the visual in front of you.

A New Record Born from a Tough Season of Life

Not only did Ginny find herself grieving family members and anxiously becoming a temporary caregiver for her mother, but she was unsure about her musical footing.

It was during this time of loss and uncertainty that Ginny held tight to Philippians 4.

"I just started to think, What does it look like to live with that kind of evenness in your soul?" she said. "Always hopeful, always joyful—unaltered by either overwhelming positive experiences and not shattered or completely broken by negative experiences."

With her mother's health on the rise, Ginny was offered a job teaching songwriting at Belmont University, her alma mater, and decided to return to Nashville. She was immediately welcomed back into the songwriting community and began working on a brand new album birthed out of the difficult circumstances of the past few years.

"I think a lot of the songs on this record were just born out of that season of life [being] hard," she said. "How do we live in light of these circumstances? Every song became an exploration of that."

The New Album and Learning the Secret to Fulfillment

Her new album, I Know a Secret (Chick Power Music/Word/Warner), brought Ginny full-circle as she reconnected with some of the songwriters and musicians who were instrumental in the genesis of her career 15 years ago.

Together, they crafted a 14-track collection that weaves together Ginny's emotions, personal discoveries, and glimpses of God as she navigated one of the darkest periods of unrest in her life.

At times, the songwriting process was brutal, unearthing hard-to-swallow reflections and sweet memories; but in turn, often lending multiple transparent and personal touches to the music she was creating.

In one bittersweet moment, her cousin, Christi, sings with her on the album's sole hymn, now a gift for Ginny herself in the wake of her cousin's passing. Looking back, she realizes through this dark season of loss and ambiguity, she learned the "secret" to being content.

Serving a God Who Makes All Things Possible

"If Christ would be shattered for us, and He knows every human emotion possible, then that gives us the strength to live on in hope," she said. "I always hope that [people] are not only encouraged and comforted [by my music], but that they can see that there really are ways to look at even life's darkest circumstances through a more hopeful lens. I believe with my whole heart that's because we serve a God who has made that possible."

Ginny remains unsure about what's next for her, though she's hopeful she'll be able to give fans more music, more often now that she's completely independent.

In addition, she just released her first book earlier this year, adding author to her résumé. She feels the freedom to pursue her writing gifts in a myriad of ways—be it songwriting, authoring, or teaching. No matter what, she's staying open, allowing God to complete His good work in her.

"Maybe circumstances are bad, but God is good and life is good," she continues. "There are so many things to grow from and to learn from, and we can take every challenging moment as an opportunity to do that." Transcending Mysteries: "Andrew Greer and Ginny Owens take readers on a journey to answer the question: is the God of the Old Testament the same God we relate to and worship today? Using Old Testament stories Andrew and Ginny help Christ-followers reconcile a New Testament Redeemer with an Old Testament God and understand what God really wants from His people. They dialog back and forth as they share their own stories of struggle and surrender. Their comments are separated by speaker identifiers that are used throughout."

Artist Profiles Recommended for You 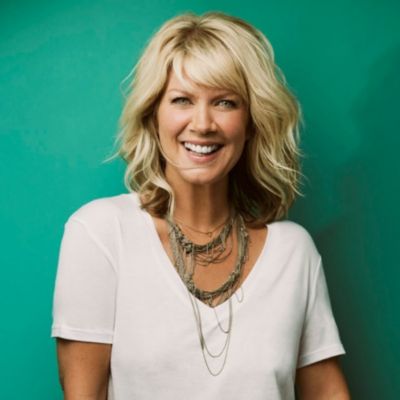 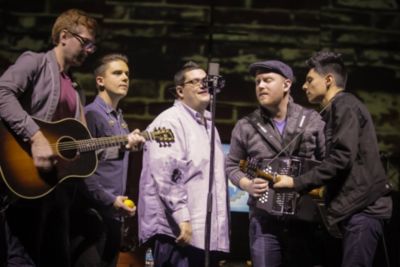 The Family Matters of Sidewalk Prophets

Meet Sidewalk Prophets, the pop-worship band that would like to call you family. 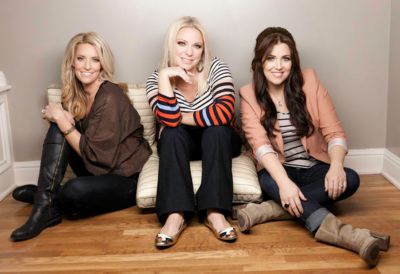 Point of Grace: The Mission Behind the Music

The award-winning trio Point of Grace celebrate a legacy of family and faith.

Lindsay Williams is a full-time freelance writer and editor based in Nashville, Tenn. She contributes to a variety of print and online media outlets, including HomeLife, ParentLife, Homecoming, and Nashville Lifestyles magazines, UPTV.com and Crosswalk.com, among others. She blogs regularly about Christian music at The Sound Opinion.