Christian fiction has much to offer and can be a great part of any reader's book collection. Our list of recommended Christian fiction books includes selections from bestselling authors and up-and-coming writers with stories full of elements like romance, suspense, history, current events, faith, and forgiveness. So pick up some compelling stories that can inspire your own faith journey. 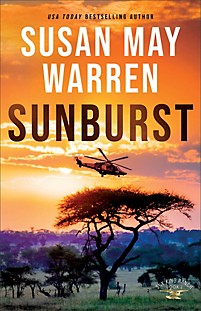 When former Navy Seal and lifelong bachelor Ranger Kingston is called upon to take part in a rescue mission to save his brother Colt, who has been kidnapped by terrorists in Nigeria, he is shocked to find among the hostages a woman he knows and could never forget. Noemi Sutton was attempting to return a young girl to her family in Boko Haran territory when she and the girl found themselves taken hostage, along with several others. And while Ranger Kingston may be able to get the hostages away from their captors, he'll need Noemi's help if he ever hopes to get out of Nigeria alive. Her solution? Pose as husband and wife. 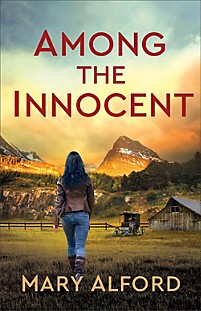 2. Among the Innocent by Mary Alford

When Leah Miller's entire Amish family was murdered ten years ago, the person believed responsible took his own life. Since then, Leah left the Amish and joined the police force. Now, after another Amish woman is found murdered with the same MO, it becomes clear that the wrong man may have been blamed for her family's deaths. As Leah and the new police chief, Dalton Cooper, work long hours struggling to fit the pieces together in order to catch the killer, they can't help but grow closer. When secrets from both of their pasts begin to surface, an unexpected connection between them is revealed. But this is only the beginning. Could it be that the former police chief framed an innocent man to keep the biggest secret of all buried? 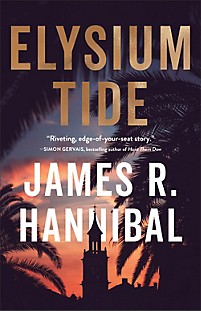 Dr. Peter Chesterfield is one of the Royal London Hospital's top neurosurgeons. He is also a workaholic, ordered by his boss to take a week off to attend a medical symposium at the luxurious Elysium Grand on the island of Maui. While there, Peter pulls a woman with a skull fracture from the water. Though he is able to revive her in the ambulance, she eventually dies in his arms, leaving him with only one clue to what happened to her: the word "honu." Increasingly obsessed with discovering the cause of his patient's death, Peter becomes entangled in an ongoing investigation of a brazen luxury auto theft. He also becomes a source of deep irritation to detective Lisa Kealoha, who has jurisdiction over the case. But when the two join forces, they begin to uncover a destructive plot that runs far deeper than either of them could have imagined. 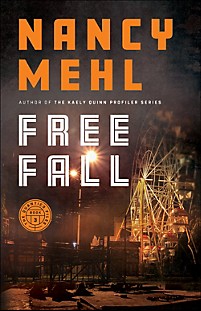 Someone has been abducting women with long dark hair across Virginia. When the FBI is called in to help, Alex Donovan, a behavioral analyst, is tasked with putting together a profile. She's aided by her friend and colleague Logan Hart, but he has been acting strangely and won't say why. When the kidnapper demands that Alex meet him at an abandoned amusement park in exchange for the location of all his captives, she takes the bait. But the meeting proves to be a trap, and the building she's in explodes. Finding herself imprisoned with several other women, Alex works to think one step ahead of her captor. But the more Logan and the BAU learn about the kidnapper, the more they fear Alex may not make it out alive this time. 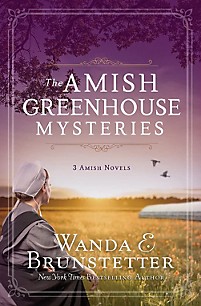 A terrible accident leaves three women as the sole providers of the family they have left. Their only income must come from the greenhouse in Strasburg, Pennsylvania, but someone seems to be trying to force them out of business in their darkest hour of grief and despair. Can hope be restored in these three novels?

The Crow’s Call: When her father, brother, and brother-in-law are killed in a traffic accident, Amy King leaves a job she loves and halts a promising courtship with Jared to help run the family greenhouse. Can things get any worse for a young Amish woman who has already made several sacrifices?

The Mockingbird’s Song: Widow with two children, Sylvia feels her mother is being too over-protective and meddlesome when she meets Dennis Weaver while birdwatching. When the budding romance is squelched and troubling events start happening again at the family-run greenhouse, Sylvia must confront her reoccurring anxieties.

The Robin’s Greeting: Suddenly widowed with the weight of her family and business on her shoulders, Belinda King struggles to remain strong and at peace. When the pressures mysteriously increase, will she crumble, or can she turn to one of two new suitors? 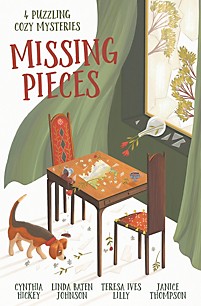 Tabitha's first event at her new bed and breakfast is a jigsaw puzzle mystery weekend, and the hired cook is found dead. Cee Cee is hosting a 1950s themed jigsaw puzzle party where the Elvis impersonator is murdered. Mariah hopes to sell her valuable puzzle at a jigsaw puzzle swap, but it ends up missing when a vendor is stabbed to death. Jane enters a jigsaw puzzle competition where a fellow competitor is poisoned. Can clues be pieced together to solve these puzzling crimes? 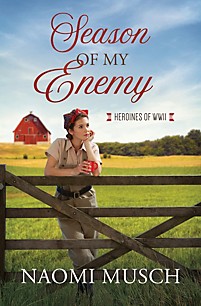 7. Season of My Enemy by Naomi Musch (Heroines of WWII)

Only last year, Fannie O'Brien was considered a beauty with a brain, and her future shone bright, despite the war pounding Europe. With her father's sudden death and her brothers overseas, Fannie must now do the work of three men on their 200-acre farm — until eight German prisoners arrive and, just as Fannie feared, trouble comes too. Someone seems intent on causing "accidents," and Fannie is certain the culprit is one of the two handsome older Germans — or possibly both. Can she manage the farm, keep the prisoners in line, and hold her family together through these turbulent times? 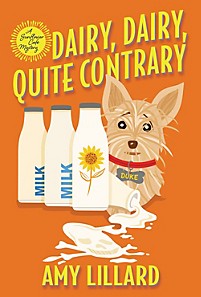 Twenty-something advice columnist Sissy is ready for a fresh start in the small town of Yoder, Kansas along with her loyal Yorkie, Duke. It's a homecoming of sorts as Sissy arrives in her hometown to help out at her aunt's café. She can continue to secretly write her newspaper advice column as 70-year-old "Aunt Bess." But it's Sissy who could use some advice when she finds the milk deliveryman out behind the café with a knife in his back. As the sheriff's prime suspect, it's up to Sissy to catch the backstabber herself — before someone else gets creamed. 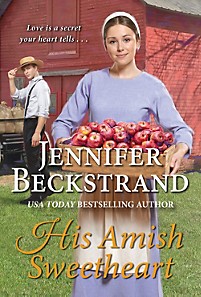 9. His Amish Sweetheart by Jennifer Beckstrand (Petersheim Brothers No. 3)

Between work and keeping his little brothers out of trouble, Austin Petersheim barely has time to think, much less court the most popular maidel in town. But if he can establish a local market to direct-sell his family's goods, he'll stand out as a potential husband. He's so grateful for the help of his longtime friend, Hannah Yutzy, who has such practical ideas — and is so easy to talk to. While Austin embarks on his plan, his siblings have a plan of their own: to give Austin and Hannah a little nudge to show them they're made for each other. When their antics wreak havoc with a rival family emporium, Hannah must help Austin set things right. Austin is stunned to realize his best friend could be his perfect wife.

Peggy Serrano couldn't wait for her best friend to come home from the war. But the Jimmy Barnett who returns is much different from the Jimmy who left, changed so drastically by his experience as a medic in Europe that he can barely function. When he attempts the unthinkable, his parents check him into the VA hospital. Peggy determines to help the Barnetts unravel what might have happened to send their son over the edge. She starts by contacting Jimmy's war buddies, trying to identify the mysterious woman in the photo they find in Jimmy's belongings. Seven years earlier, sensing the rising tide against her people, Gisela Wolff and her family flee Germany aboard the passenger ship St. Louis, bound for Havana, Cuba. Gisela meets Sam Shapiro on board and the two fall quickly in love. But the ship is denied safe harbor and sent back to Europe. Thus begins Gisela's perilous journey of exile and survival, made possible only by the kindness and courage of a series of strangers she meets along the way, including one man who will change the course of her life. 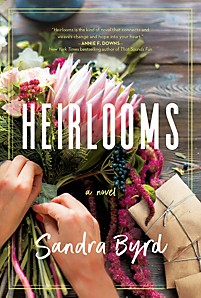 Set in both modern-day and midcentury Whidbey Island, Washington, this dual-narrative story of four women explores the secrets we keep, the love we pass down, and the heirlooms we inherit. Answering a woman's desperate call for help, young Navy widow Helen Devries opens her Whidbey Island home as a refuge to Choi Eunhee. As they bond over common losses and a delicate, potentially devastating secret, their friendship spans the remainder of their lives. After losing her mother, Cassidy Quinn spent her childhood summers with her gran, Helen, at her farmhouse. Nourished by her grandmother's love and encouragement, Cassidy discovers a passion that she hopes will bloom into a career. But after Helen passes, Cassidy learns that her home and garden have fallen into serious disrepair and a looming tax debt threatens her inheritance. Cassidy reaches out to Nick, her former love, despite the complications of having him back in her life. 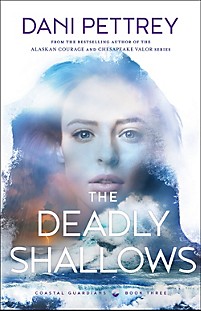 12. The Deadly Shallows by Dani Pettrey

Filled with snappy dialogue, thrilling adventure romance, and unexpected plot twists, this novel finds Coast Guard Flight Medic Brooke Kesler ecstatic to watch her friend and mentee graduate from medic A-school, but her elation turns to anguish when men in ski masks open fire on the crowd. CGIS Agent Noah Rowley is rocked to the core when he learns of a mass shooting raging on his Coast Guard base and that the woman he loves is at the graduation. Fortunately, Noah discovers Brooke is still alive, and he quickly turns to learning who is behind the attack. Little do Brooke and Noah know that the shooting is part of a master plot, and that Brooke has overheard something that holds the key to exposing the mastermind's identity. 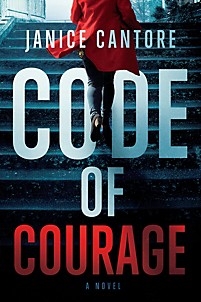 13. Code of Courage by Janice Cantore

After fifteen years on the force, Detective Danni Grace has had enough. Injured in the line of duty when a protester throws a chunk of concrete at her and shaken by the vitriol being shown to the police, Danni realizes for the first time that she's lost her passion for the job. While she's on a leave of absence, though, a community activist in La Rosa is shot and a fellow officer is blamed for his murder. Taking on this case means stepping back into a job Danni's not sure she can do anymore, and working closely with her ex-husband, Gabriel Fox, an investigator for the city prosecutor's office. Danni will need to tap into her code of courage to uncover the truth, prevent another injustice, and uphold her oath to serve and protect.

Check out all of Lifeway's Christian Fiction titles filled with inspiring themes, characters, and stories.