Why it's OK to question your faith

Doubt is not comfortable. But don’t ignore it. Be honest about it. Allow the tension you feel in your heart and mind because of your doubt drive you into God’s Word and prayer.

This article is courtesy of HomeLife Magazine.

I once heard a well-meaning pastor say that in his many years of following Christ, he had never doubted his faith. Maybe you can identify with him. If that's the case, that's wonderful! But maybe you're like me and have struggled with doubt at some point. So, what does all this mean? Is doubt a sin? How do you deal with doubt?

Learning How to Deal with Doubt

When learning to work through spiritual doubts, you must first recognizing with which kind of doubt you're struggling.

1. Doubts because of circumstances.

Not long ago I had the opportunity to sit in the home of a man named Ray who was diagnosed with a terminal illness. At the time, short of the Lord performing a miracle, he wasn't expected to make it more than another week or two. As I prayed with Ray, some 20 family members gathered around to express their love for him. In those moments of quiet anxiety and fear, one of his family members said something like, "Unless God does a miracle, we don't have much time left with him."

Circumstantial doubt is doubt about God that creeps into your life due to difficult circumstances. It would be like someone from Ray's family saying, "I've asked God over and over to heal him, and He hasn't. Is God real? Does He actually hear me?" Or maybe you're trying to live out your faith at work and the only thing that's gotten you is a reprimand from the boss and ostracism from your colleagues. The list could go on and on.

Salvific doubt is the kind I struggled with for many years. It's doubting the authenticity of your salvation. I believe there are two reasons that you could doubt your salvation. First, it may be due to spiritual warfare. If Satan can cause you to doubt the very foundation of your faith, then he has you paralyzed in your mission for Christ. On the other hand, maybe you doubt your salvation because God in His mercy is sounding an alarm in your soul. It's important to prayerfully consider whether your faith decision was to become a person who enjoys church and good morals or to really, authentically, and passionately follow Christ. If you struggle with this type of doubt, reading the book of 1 John is a great place to begin working through it.

Have you ever run across a verse in God's Word that seemed to contradict what you know to be true about God? Or maybe in college you heard a professor say something based on supposed scientific evidence that made you step back and question basic beliefs about your faith. This is called intellectual doubt. Ignoring your questions will only increase your doubts.

God's Word doesn't say that it's wrong for you to have questions; however, it's what you do with those questions that counts. Here are some healthy ways to work through your doubts.

A few years ago I moved to a different culture to assume a role in ministry that was entirely different than anything I had ever done. It was uncomfortable for me and for my family. To say that I felt tension every day would be an understatement. But that season of life forced me out of my comfort zone. As a result, I grew more in my faith and in the important relationships in my life than I ever had before. That's what tension handled in a healthy way does: It forces you to grow.

Doubt is not comfortable. But don't ignore it. Be honest with yourself and others about it. Allow the tension you feel in your heart and mind because of your doubt drive you into God's Word and prayer more regularly. You might just come out on the other side with a greater, deeper, more meaningful understanding of God than you've ever had.

The first class I had in seminary was Philosophy of Religion. The professor posed a question that I will never forget: "If somehow today you became aware of evidence that disproved Christianity altogether, would you still be a Christian?" His point was well taken - God gave you a brain, and He doesn't expect you to power it down when you begin following Christ. God is honored by sincere faith. At the same time, you must "always be ready to give a defense to anyone who asks you for a reason for the hope that is in you" (1 Peter 3:15). That is, you should know why you believe what you believe.

Do you remember Thomas in John 20:25? He said, "If I don't see the mark of the nails in His hands ... I will never believe!" Then, in verse 27, Jesus Himself initiates allowing Thomas to do just that - to do his research. If you're struggling to understand something, then do some research. Don't ignore it. God created you with the ability to reason. So use it. Don't be afraid to seek counsel from a mentor, your Sunday school teacher, or your pastor. God placed godly people in your life to help you grow.

Have you ever been guilty of empathetically declaring, "I'll pray for you," then walking away and never fulfilling your promise? As a result, prayer may seem to be a passive, unauthentic answer to difficult situations. But as overly spiritual and pat as it sounds, it's an important discipline for wrestling with doubt. The truth is, God wants you to resolve your doubt even more than you do. I love the words of James: "Now if any of you lacks wisdom, he should ask God, who gives to all generously and without criticizing, and it will be given to him" (1:5). This is an amazing promise, isn't it? Based on this verse, what more active step could you take than to draw from the well of wisdom flowing from our omniscient Father?

In Mark 9, there's a great story of a boy who was at the point of death. His father was wrestling with doubt and clearly expressed this to Jesus. Did Jesus respond with disdain or rebuke? That couldn't be further from the truth. Instead, He responded with love, hope, and healing. And, you know what, as I look back on my nearly two decade-long struggle with doubt, I realize that God used the steps above to bring about the same result in my own life. So, in your own times of doubt, as you take the action steps above, confidently declare like me and like the father in Mark 9:24, "I do believe! Help my unbelief." I know from experience, He will. 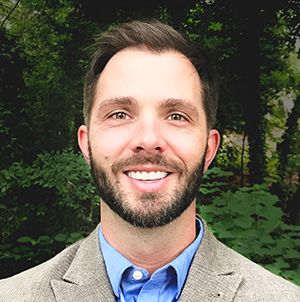 Kris Dolberry is a pastor, Bible teacher, church consultant, writer, and dad of 3. He is married to Vanessa, his high school sweetheart. After serving in pastoral leadership for 16 years, Kris now leads Ministry to Men at LifeWay and serves as Executive Editor of Stand Firm, a daily devotional magazine for men. He is passionate about serving churches in their mission of making disciples.