The stone wasn't rolled back to free Jesus, but to reveal that He was already gone.

Some things are simply impossible, and death keeping its hold on Jesus is one of them. Jesus has always been the means by which God would "meet with" humanity.

"An angel of the Lord came down from heaven and, going to the tomb, rolled back the stone and sat on it."

Can you fathom the angel's horror when humans mocked, spat on, beat, flogged and crucified the Son of God?

Imagine the joy of the angel whose thunderous arrival caused the ground to shake. God chose him to be the one who rolled back the stone not to free Jesus but to reveal Him already missing!

Can you picture the angel's gleaming face as he perched on that stone?

The guards were so afraid that they shook and became like dead men. The graveyard needed a few folks acting like dead men since a number of the formerly dead were suddenly walking the streets (see Matthew 27:52-53).

I'm about to have to shout hallelujah! The women entered the tomb, but they did not find the body.

Some things are simply impossible, and death keeping its hold on Jesus is one of them. Mind you, the women didn't yet understand. Luke 24:4 tells us "while they were wondering about this, suddenly two men in clothes that gleamed like lightning stood beside them."

According to John 20:12, when Mary Magdalene looked inside the tomb, the angels were positioned in a particular way. Quite possibly, three angels also guarded the body of Jesus while it lay "in state" in the sepulcher.

The Old Testament tabernacle contained a marvelous picture foreshadowing this moment. The ark of the covenant represented the very presence of God. In Exodus 23:17-22, read the instructions for the "mercy seat" (KJV) or "atonement cover" (NIV) on the ark of the covenant.

With their wings overshadowing Him, they faced each other, looking toward the cover. Picture their reactions when the glorified body of Jesus sat up from the death shroud and walked out of the tomb, right through the rock.

Wouldn't you have loved to hear as Christ thanked them for their service?

"Why do you look for the living among the dead?"

Glory to God! Though the news echoed throughout the heavenlies at the moment of Christ's resurrection, the angels probably longed for God to turn on their volume in the earthly realm and announce it to the mortals.

At the sight of the angels, the women fell on their faces. The celestial guards announced to them, "Why do you look for the living among the dead?"

"Remember how He told you."

I cherish the next five words of the angels: "Remember how He told you" (v. 6). Beloved, have you forgotten something He told you? Christ, our Lord, is faithful to His promises. If you're not presently "seeing" Him at work in your situation, do not live as if He's lifeless and you're hopeless.

Believe Him and expect Him to reveal His resurrection power to you!

Article courtesy of HomeLife magazine. Article excerpted from Jesus the One and Only. 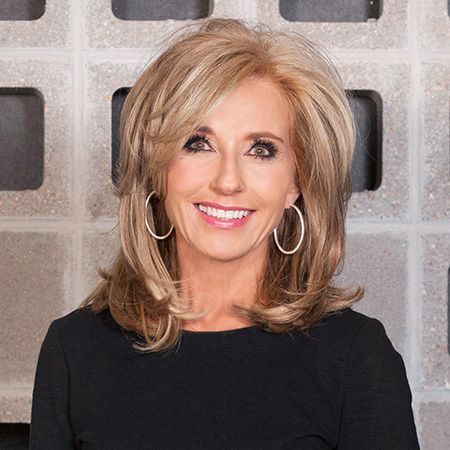 Best-selling book and Bible study author Beth Moore is a dynamic teacher whose conferences take her across the globe. She is a dedicated wife, and mother of two adult daughters and three delightful grandchildren. Beth lives in Houston, Texas, where she leads Living Proof Ministries with the purpose of encouraging and teaching women to know and love Jesus through the study of Scripture.