Easter Devotional Week 1: Only Through Jesus

No one comes to the Father except through Jesus Christ.

The first in a devotional Easter series from Lifeway Christian Resources, "Only through Jesus" reminds you that no one comes to the Father except through Jesus Christ.

His disciples had seen Him angry before, but not like this.

His fiery arguments with the religious leaders and naysayers had always been tenuous, but He always seemed to measure His words. But here, today, He had released Himself.

The day had been an emotional one. It started out on a high note with people singing the praises of Jesus as they laid their robes on the ground for the donkey to trod over. Then, as Jerusalem came into sight, He was overcome with emotion and began to cry. His disciples marveled at this, even more than the show of support, for they had all been to Jerusalem before. This time, though, seemed to be different. It was … heavy. Weighty. But then the mood changed as they went into the city.

It wasn't that they saw something surprising. There, in the temple complex, in the court of the Gentiles, they saw the same thing they expected to see. Because they expected, they were neither shocked nor angry.

There were sacrificial animals being sold at ridiculous prices. Exchange booths necessary for foreigners to pay the tax in temple shekels (with a healthy markup, of course). But Jesus exploded into rage. He physically picked up the money-changers and threw them out. He turned over the tables and swept away the money falling to the ground. And when the dust cleared, He stood there. Resolutely. His arms crossed.

Jesus took up a place in that outer court, the court that served as a barrier to those who had come to worship. It was symbolic of the restrictive nature of the temple, a place that ensured only ethnic Jews could go further in, and only those willing to deal with the unjust financial burdens of doing so.

No doubt tomorrow, when Jesus was gone, the same tables would be set up. There would be the same exchange booths, the same animals being bought and sold. But for a few minutes, anyone who wanted to pass beyond the outer court into the inner recesses of the temple complex where God was said to dwell, had no choice but to pass by Jesus.

No one came to God except through Him.

Perhaps that image burned into the minds of His followers. The man, so powerful and emotional, equal parts compassionate, joyful and angry, standing there as guard to the presence of God. Serving as the gateway to the inner court. And maybe they remembered that image as they prayed, years and decades later.

Once again, no one coming to the Father except through Him.

Prayer: As you begin to reflect on the Easter season, consider the unbridled and intimate access that comes through Jesus alone. Dwell deeply on His commitment to God's desire to dwell with His people, and thank God for the lengths He went to in order to remove any barriers to that end. 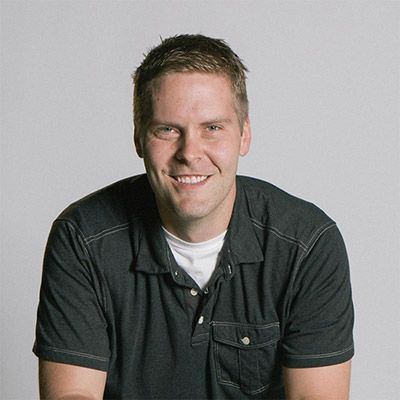