The call to follow Jesus is a call to forsake everyone and everything other than Him. It's a call to a radical abandonment.

Editor's Note: This article is an excerpt from the Radical Small-Group Study by David Platt.

But that's what Jesus did. That's what He's still doing. Perhaps with all of our educational advancements, the multiplicity of Bible studies and books available to us, and the abundance of churches in many parts of the world, we've forgotten that following Jesus isn't like choosing which flavor of syrup you want in your coffee.

The call to follow Jesus is a call to forsake everyone and everything other than Him. It's a call to a radical abandonment.

Picture the scene with me. It's a clear day out on the lake. Two brothers are fishing, and the catch is good. They already know this is going to be a good day, and they're excited about totaling up the final catch at day's end.

They hear someone talking to them from the shore a short way off. They shield their eyes from the sun and cock their heads to listen. They're able to distinctly make out the two words that would change the rest of their lives: "Follow Me."

"Follow Me." These two words contained radical implications for the lives of the disciples. In a time when the sons of fishers were also fishers, these men would have grown up around the sea. Fishing was the source of their livelihood and all they'd ever known. It represented everything familiar and natural to them.

That's what Jesus was calling them away from.

The men were leaving certainty for uncertainty, safety for danger, and self-preservation for self-denunciation. Let's put ourselves in the positions of these eager followers of Jesus in the first century. What if you were the one stepping out of the boat? What if you were the potential disciple being told to drop your nets? What if it were your father asking where you were going?

The Idea of Following Jesus

This is where we need to pause to consider whether we're starting to redefine Christianity. We have to give up everything we have to follow Jesus. But slowly, subtly, we have reduced following Jesus to the idea of following Jesus.

We do this in all sorts of ways. We rationalize Jesus' demanding teachings: "Of course, Jesus wasn't actually telling you to abandon your family. And of course, He wasn't really saying to leave everything behind to follow Him."

While it's true that Jesus didn't-and doesn't-require everyone to leave their father and their occupation to follow Him, He does require absolute obedience and commitment. Rather than joyfully embracing His call, we have the self-serving tendency to water it down to be theoretical sacrifice and hypothetical abandonment. We want to follow a Jesus that doesn't require anything of us.

In essence, we've redefined Christianity. We've given in to the dangerous temptation to take the Jesus of the Bible and twist Him into a version of Jesus we're more comfortable with. It's a Jesus who's OK with our materialism, fine with nominal devotion that doesn't require any sacrifice, and pleased with a brand of faith that requires attendance on Sunday but no real commitment in day-to-day life.

But I wonder if I could help you push through the haze of self-justification and ask a simple question as we study the words of Christ together: What if He was actually serious? 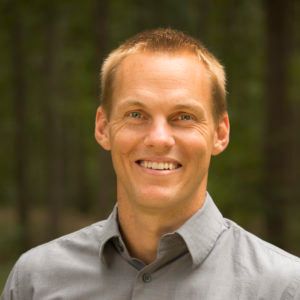 David Platt was elected IMB president in August 2014. He previously served as pastor of The Church at Brook Hills in Birmingham, Alabama. David earned a bachelor’s degree from the University of Georgia, followed by master’s degrees of divinity and theology and a doctorate of philosophy from New Orleans Baptist Theological Seminary. He is the author of Radical, Radical Together, Follow Me, and Counter Culture. David also is the founder of Radical, a ministry devoted to disseminating disciple-making resources so that every believer can be engaged in making the gospel known to the ends of the earth.