It's time to return to the King. It's time to place ourselves once again under His rule and His agenda.

Editor’s note: This article is an excerpt from the Bible study Kingdom Agenda: Living Life God’s Way by Tony Evans.

Look at Matthew 16:18, where Jesus first used the word church:

"I also say to you that you are Peter, and upon this rock I will build My church; and the gates of Hades will not overpower it" (Matthew 16:18).

The Greek word translated church is ekklesia. In those days ekklesia was a term used to describe a group of people called out from the general population to serve in a government capacity. If you were part of an ekklesia, you were part of a governing body charged with making laws or guidelines for the benefit of your community.

This has interesting implications for what it means to be a church—an ekklesia—in today’s world. When we say we’re going to church or that we’re members of a church, we’re usually referring to a place where we passively encounter positive experiences. We go to church to find encouragement, to be taught, and to experience fellowship. Those are important aspects of church, but more should be involved.

To be part of the church as Jesus defined it is to be part of a spiritual legislative body tasked with enacting heaven’s viewpoint in hell’s society. In the midst of this world filled with sin, corruption, pain, and death, God has placed an ekklesia—a group of people called out to make a difference and improve the world through the execution of His kingdom agenda. That’s the church.

Jesus Himself made it clear that we have power as members of the church:

This verse is filled with legislative terms and imagery. The phrase “keys of the kingdom of heaven” refers to our access to God’s heavenly authority. We’ve been given the opportunity to act on God’s behalf to accomplish His agenda. Similarly, the references to bind and loose indicate that we as the church are called to take action when necessary.

In other words, from the first mention of the word church, Jesus made it clear that we’re expected to both reflect God’s values and work to enact His kingdom agenda in the world.

It’s also the job of the church to advance God’s kingdom by making disciples. Remember the Great Commission:

Go therefore and make disciples of all the nations, baptizing them in the name of the Father and the Son and the Holy Spirit, teaching them to observe all that I commanded you; and lo, I am with you always, even to the end of the age" (Matthew 28:19-20).

The church has operated for too long on the defensive side of the battle. We’ve been content to react to the movements of hell rather than actively advancing the values of heaven and the breadth of God’s kingdom. 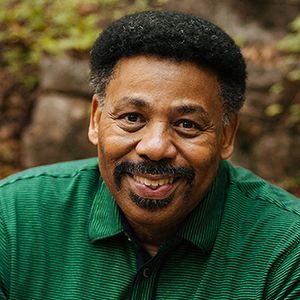 Dr. Tony Evans is one of the country's most respected leaders in evangelical circles. As a pastor, teacher, author, and speaker, he serves the body of Christ through his unique ability to communicate complex theological truths through simple yet profound illustrations. Through his local church, Oak Cliff Bible Fellowship, and his national ministry, The Urban Alternative, Dr. Evans promotes a Kingdom-agenda philosophy that teaches God's comprehensive rule over every sphere of life as demonstrated through the individual, family, church, and society.