Allow God to activate your unique potential to share the gospel.

Can you imagine being in a foreign country where you couldn’t understand a word people were speaking around you when, suddenly, in a flash, you were able to speak and understand everything fluently? Megan can. She experienced a modern-day Pentecost.

Can you imagine being in a foreign country where you couldn’t understand a word people were speaking around you when, suddenly, in a flash, you were able to speak and understand everything fluently?

My friend Megan can. I met Megan in 2012 — the day after I met [my daughter] Missy — in a small town called Gressier, not far from where my daughter was born. Megan moved there in her early twenties soon after she graduated from college, because that’s what she sensed God prompting her to do. Even though she had only been a follower of Christ for a short time, she was already radically obedient. Some might even call her crazy obedient. Megan had moved to Haiti not knowing where she was going to live or what exactly God was calling her to do. And she didn’t speak a word of Creole.

She said the first few months were really difficult. She’d had every creature comfort in the States but was now living in a hut without running water or electricity. She’d been surrounded by friends in college but was now alone. She’d graduated with honors but was now having a hard time forming simple sentences in the native language. But one constant she hadn’t left behind was communicating with the Father. So almost every day she hiked up the highest hill in Gressier to pray. On one prayer trek, a few months after she’d moved to Haiti, Megan came across two little girls who were in obvious distress because they were Restaveks (child slaves) who’d been mistreated by their owner.

Megan stopped to try and assist them, which breached their dam of despair and released a torrent of words she couldn’t understand. She was deeply frustrated at that point, knowing God had brought her to Haiti to help people, but the fact that she couldn’t speak or understand Creole left her being the one who felt helpless. So she prayed an audacious prayer right then and there, asking God to give her a way to help those precious kids. In a flash she was able to speak and understand Creole fluently!

We were hiking up that very same hill — toward several buildings bustling with joyful activity that make up the school, community center, and hospital that Megan Boudreaux Anderson and her husband Josh have since built through their ministry, Respire Haiti — when she shared that story. No drama. No spotlight. Not even an iPhone to capture a compelling social media post. Just two chicks trudging up a steep dirt trail in oppressive heat when I said, “I’m trying to learn Creole so I can communicate with Missy, but I’m having a hard time picking it up. How long did it take you to learn?” Tears were mingling with the perspiration running down my face by the time she finished explaining how she’d “learned” to speak Creole. I couldn’t help asking, “Megan, do you realize you experienced a modern-day Pentecost?” She replied with quiet humility, “Yeah, I guess I did.” (The rest of Megan’s miraculous encounter and many others are in her book, Miracle on Voodoo Mountain.)

The disciples in Acts and Megan in Haiti all represent followers or Christ who were desperate to share His love with the broken world around them but utterly unable to communicate the gospel in a way that it could be understood. That is, until the Holy Spirit came upon them and gave them what they couldn’t possibly generate by themselves. Comprehension in the midst of confusion. Healing in the midst of hurt. Authority in the midst of anarchy. Something absolutely holy in the midst of nothing but human.

How much more miraculous is a God who doesn’t take things and situations and people that are already filled with potential and just activate the potential, but instead brings living hope from a complete lack thereof! 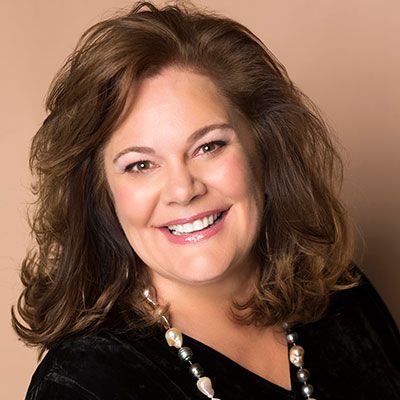 "Hilarious storyteller" and "theological scholar" are rarely used to describe the same person, but Lisa Harper is anything but stereotypical. A gifted communicator, she connects the dots between the Bible era and modern life. Lisa holds a Masters of Theological Studies with honors from Covenant Seminary. She is the author of the Bible studies, Malachi and Hebrews.

Discover the heart behind How Much More by Lisa Harper

Church history shows Sunday School is an effective means to reach people. But what about today? How can your Sunday School or small group Bible study group can be an effective way to facilitate a much-needed evangelistic emphasis?

5 Ideas for a Meaningful Valentine's Day

Valentine's Day brings on all kinds of emotions: happiness, fear, confusion. But with a little plannnig and time, you can make it an day that is worthwhile and sincere for you and your spouse.

Every child has a unique personality, and every child feels a mother and father's love best individually. Knowing your child’s love language can help you grown and deepen your relationship. 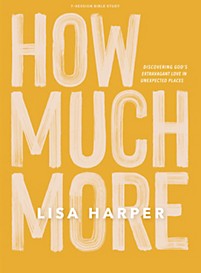 In this 7-session Bible study by Lisa Harper, you’ll discover divine love in the often overlooked and misunderstood passages of Scripture. You’ll find that Jehovah of the Old Testament is the same redemptive and compassionate God we see through Jesus Christ in the New Testament. He has always been and will always be for us!

Read the first session of the Bible study, How Much More.