Research: Church Relationships Are Missing Something

Almost three out of every four churchgoers say they have significant relationships with people at church, but less than half are intentionally helping other believers grow in their faith. 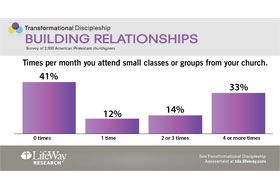 NASHVILLE, Tenn. — Almost three out of every four churchgoers say they have significant relationships with people at church, but less than half are intentionally helping other believers grow in their faith, according to a study by Lifeway Research.

The survey of Protestant churchgoers identifies "Building Relationships" as one of eight attributes of discipleship that consistently show up in the lives of maturing Christians. The survey is part of a larger study identifying traits of transformational discipleship.

Results of the "Building Relationships" questions reveal a seeming disconnect between churchgoers actually pressing into new relationships or participating in discipling other Christians.

While 74 percent agree they have developed significant relationships with people at their church, response to the statement "I intentionally try to get to know new people I meet at church" garnered 53 percent agreement including only 1 in 6 churchgoers who strongly agree.

Scott McConnell, director of Lifeway Research, pointed out that, "Advertisers know it takes multiple introductions to get someone's attention. Unfortunately, a visitor to church may have to meet six people before someone cares enough to get to know them."

The research reveals the characteristic that best predicts better Building Relationship at church is attendance of small classes or groups of adults.

According to the survey, 33 percent of churchgoers attend classes or groups for adults (such as Sunday school, Bible study, small groups, or Adult Bible Fellowships) four or more times in a typical month. Fourteen percent attend two or three times a month.

The highest percentage – 41 percent – indicate they do not attend such groups at all in a typical month, while 12 percent attend once a month.

While 4 out of 10 churchgoers say they do not attend church groups, a similar number (42 percent) intentionally spend time with other believers in order to help them grow in their faith. Twenty-eight percent say they do not help others grow.

"The Bible frames relationships among believers as a proactive investment in other Christians," McConnell said. "In fact, Hebrews 10:24 refers to the need to exhibit concern for other Christians in ways that encourage love and good works."

Other actions that predict more spiritual maturity in building relationships include praying in a group with other Christians more often, praying for one's church and church leaders, and having regular responsibilities at church.

"Most attendees have friends at church, but only a minority invest time to help other believers develop their faith," McConnell said. "It is as if churchgoers arrive to sit together as spectators for a game rather than arriving as player-coaches who work together and develop each other's game."

The findings on "Building Relationships" are part of the largest discipleship study of its kind. To learn more about the transformational discipleship research visit LifewayResearch.com. The TDA is available at TDA.Lifeway.com. 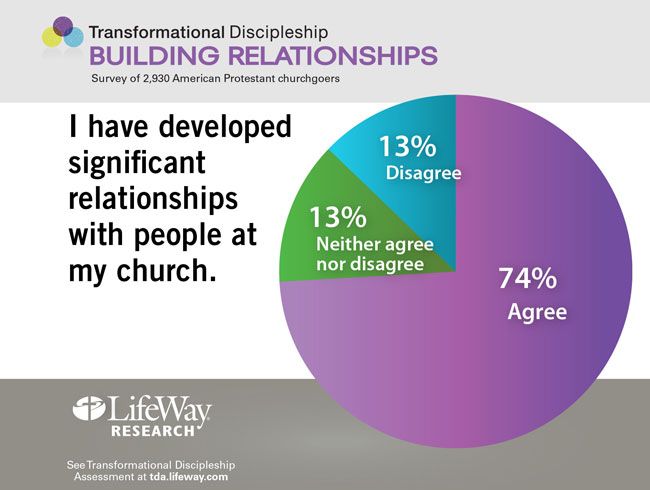 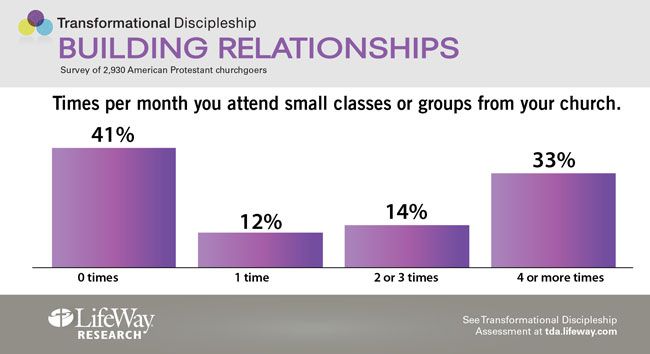 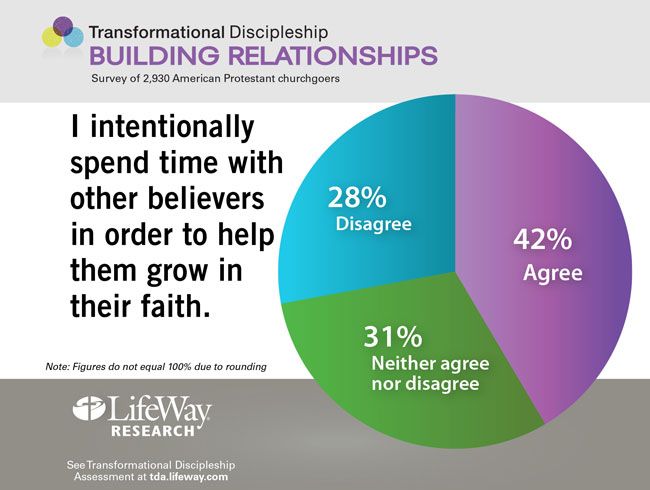 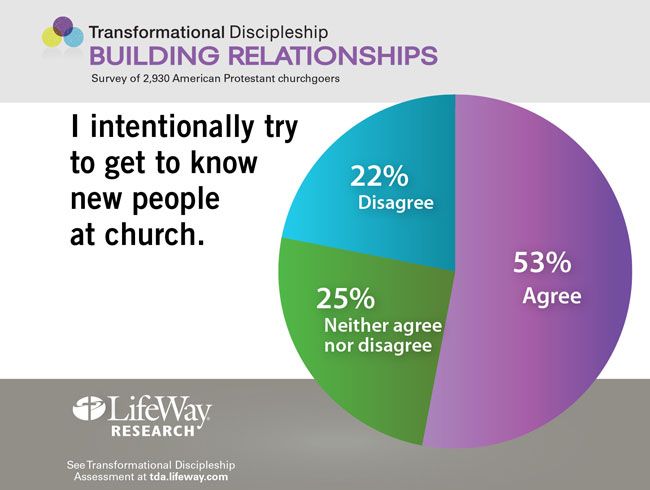