Hosea and Gomer's story is the story of God and Israel. It is also our story.

Author Jennifer Rothschild tells the remarkable love story of Hosea, a story that belongs to everyone because of God's love.

"Mom, do you have to write on my napkin?"

That was 5-year-old Conner's question after his first week of kindergarten. Every day I packed his lunch. Along with his juice box and peanut butter and jelly sandwich, I scribbled, "I love you" on a napkin and stuck it in his Batman lunchbox.

But he didn't want me to do that anymore.

An Examination of Love: Do We Throw It Away?

"I don't want you to write on it because when I'm done," Conner said. "I feel like I'm throwing your love away!"

He giggled in relief and confessed he didn't really use napkins anyway.

I was struck by Connor's sensitive heart, and it made me examine my own. Do I carelessly throw away God's love? Do I casually dismiss the big and small ways God expresses His love to me? Do you? We all do sometimes, just like the wayward Israelites did in Hosea's day.

The Story of Hosea Told by a Master Storyteller

I first heard of Hosea from my dad who was a master storyteller. Growing up, I loved listening to his stories. His specialty was weaving together tales that blended a lot of God's truth, a bit of application and a Southern drawl.

In fact, sometimes I couldn't quite make out the characters' names because they were lost in Dad's sweet, slow Southern twang. When he told me the Bible story I'm about to tell you, a love story about an unlikely couple, I honestly thought the characters were named Hosear and Goma!

As far as I was concerned, those were their real names until I realized, years later, that not everyone shared our brogue.

Hosea (not Hosear!) was a preacher—a prophet, really—who lived at a time when religious folks didn't want to hear his message. The Israelites were more interested in worshiping idols than worshiping Jehovah. They were, as the hymn writer put it, "Prone to wander ... prone to leave the God I love."

One day, God told Hosea his bachelor days were up. The problem with the wedding announcement was it came with a dreadful prophecy.

His wife would break his heart. Aware of Gomer's promiscuous reputation, Hosea humbled himself in obedience to the Lord.

As a godly man, he surely had different hopes for marriage—those of pursuing a lover who would share not only his heart but also his faith and convictions.

How many times had he dreamed of late night talks, stolen kisses in the courtyard and holding hands as he drifted off to sleep beside the one with whom he longed to build his future? Instead, he awakened from his marriage vows to emptiness and abandonment. The Bible doesn't say when or how; all we know is that it did happen.

But Hosea began to hear rumors. And his heart began to break.

His beloved was going off with other men. He couldn't even be sure the children she bore were his. Hosea—a broken-hearted father, a betrayed husband and a bewildered preacher—felt like his fragile heart would never recover.

And, then, the final blow ... Gomer's wanderings had drawn her into the wrong company.

Hosea Does the Unthinkable

God told Hosea to do the unthinkable—to go redeem his wife. Gomer was being sold as a slave. Hosea must have cried out to God, "She's thrown my love away. Why should I have to buy back what is already mine?"

Hosea was a faithful husband; Gomer was an unfaithful wife. God is the faithful lover of our souls. We are often faithless, prone to wander.

Hosea and Gomer's story is the story of God and Israel. It is also our story. When we, like Gomer, were enslaved, God bought us back. When we found ourselves stuck in chains we never intended—chains of insecurity, discontentment or fear—God freed us.

When we, by our very nature, threw God's love away, He redeemed us.

It's not because we deserve it; it's because His mercy demands it. Aren't you glad God does not treat us as our sin deserves? (Ps. 103:10) God chose you and loves you. This love story is your story. Even if you are faithless, He will remain faithful.

Through the story of Hosea, God tenderly touches your arm and whispers, "Come home. My love sets you free. When you get tired of striving and wandering, I'll be there to draw you to Myself again and remind you who you are in Christ."

How Your Story Connects with Hosea's

That's the message of the whole Bible, isn't it?At a manger in Bethlehem, God entered the slave market where all of us were putting ourselves up for auction, prostituting ourselves and our humanity to a lesser life. But on the cross, Jesus paid the full price for our freedom.

He bought us back.

This is the scandal of God's love—His loving desire to make us His people and the full persons He intended us to be.

God's response to you is the same as it was to Israel. He will heal your faithlessness. He will love you freely. God has written on your very life the words I love you. He values you so much that He enters into covenant with you, redeems you and remains faithful to you.

May we never carelessly throw away what cost God so much. Oh, what love!

The book of Hosea is a deeply personal and passionate love story, yet it's a difficult story. As an account full of harsh judgment unfolds, we find in its midst a rare and pure gem: the truest and purest of loves. Hosea, an old-testament prophet, preached his own life message using his marriage as the sermon illustration. The study of Hosea looks deeply at that message. It provides background to better understand the intricacies of the man and his message. Review a sample of the first session of this study. 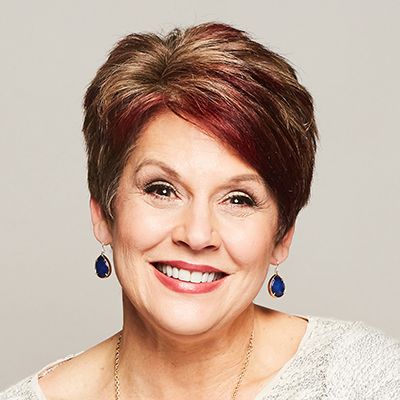 Jennifer Rothschild is a popular Bible teacher, author and speaker who has written 11 books and Bible studies. Hosea: Unfailing Love Changes Everything is Jennifer's fifth Bible study with LifeWay. 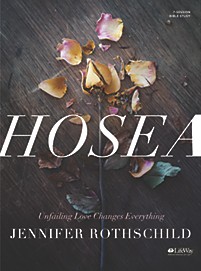