The Value of Church Planting

Here are six reasons why evangelistic church planting is the priority that is driving the North American Mission Board's work across North America.

The church in America is going backwards. You can't explain it any other way. If reaching our country for Christ were a football game, we'd have spent the last century being pushed back toward our own goal line. That can be demoralizing for a football team — and the church, the body of Christ. 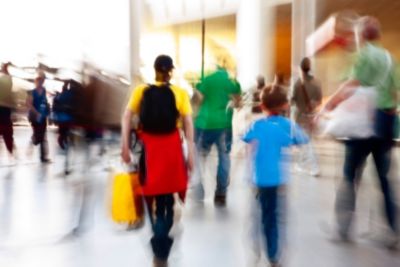 We're doing better in some places than others. In states like Alabama, Mississippi, and Kentucky, you'll find one evangelical church for approximately every 750 people. In states like Indiana, Iowa, and Kansas, you'll find one for every 1,500 to 1,800 people. In states like Nevada, New Hampshire, New Jersey, and New York, the ratio is one for every 5,000 to 7,500 people. The people of the Northeast Corridor and Utah could be classified as unreached people groups with less than 2 percent of their population claiming to be born-again Christians. People who study missions would say to effectively penetrate an area with the gospel you need one church for every 1,000 people in the urban areas and one church for every 500 people in the rural areas.

With a passion to penetrate lostness in North America and a desire to do something about the out of balance population-to-church ratios, the North American Mission Board launched Send North America last year. Send North America is a strategy to mobilize and assist churches and individuals in hands-on church planting in 29 of its major cities and elsewhere throughout the U.S. and Canada. To use the football analogy again, we want to push the ball up the field with the goal of giving every man, woman, and child the opportunity to hear and respond to the gospel of Jesus Christ.

At the heart of Jesus' Great Commission (Matt. 28:18-20) is His desire for His followers to make disciples of all nations. We see in Acts 2 that 3,000 people came to faith, and they began to gather as the church (Acts 2:42-46). By the time we get to Acts 13, we see the church of Antioch sending Paul and Barnabas to the cities in the Mediterranean region for the purpose of evangelistic church planting. In Acts 14:21, when Paul and Barnabas went into a particular city, they preached the gospel and people would respond. In 14:23, they appointed pastors over the churches for the continued spiritual growth and edification of the people, and then they moved on.

Just as many new churches meeting in new places impact more people, when the kingdom of God expands in the U.S., expansion in other parts of the world is impacted. Many don't realize that virtually 100 percent of the funding for the 5,000 International Mission Board missionaries comes from domestic SBC churches. As our base in the U.S. and Canada increases, so does our capacity for expanding the kingdom around the world.

If you have a down year in evangelism in an existing church, the church does not grow. However, in the first few years of a church plant, if you have down years in evangelism, you don't have a church. Statistics clearly support this concept. Ed Stetzer and Warren Bird describe this in their book Viral Churches. They've found that established Southern Baptist churches baptize 3.4 people per 100 resident members. While church plants average 11.7 per 100.(1)

By focusing on church planting, individual congregations can become involved in missions. Regardless of the size or budget, existing churches can be involved at any level in a new church plant. Through Send North America, your church, with deacon support, can be a sending, supporting, or multiplying church. By focusing its efforts, NAMB will be able to partner with and equip participating churches to engage under-served areas of the North American continent.

Church planting is a measuring tool that will help us know if our evangelistic efforts are working. If, as a result of conversions to Christ, the number of churches in a geographic location increases over a period of time, you know that your evangelistic efforts are working and have taken root. However, if over that same period of time, you see only conversion reports and no sizable growth in the number of churches, you would have to wonder about the overall effectiveness of church planting efforts.

The goal is in sight!

The task in front of us is huge. Millions of people in North America don't have a personal relationship with Jesus. A concentrated church planting effort is how, working together, churches can penetrate this vast lostness.

Just as a football team moves down field and gets in the "red zone" with the goal in sight, progress is being made with church planting. Consider this: 40 percent of the Christian churches in Manhattan, New York have been planted since the year 2000. Research done by The Values Research Institute found that the evangelical population there has grown from less than 1 percent to now more than 3 percent since 1990!.(2)

As Southern Baptists, we should find great hope in these significant numbers! As our focused church planting efforts start to take root all across this country, we pray the results will be similar, if not greater, than the growth in Manhattan during the last 20 years.

For more information about Send North America and how you can get involved, visit namb.net and click on "Mobilize Me."

Aaron Coe is vice president of mobilization at the North American Mission Board and a former church planter and pastor of The Gallery Church in New York City.