Look to Jesus for Redemption

Fix your eyes on Jesus, the author and perfecter of our faith.

Jesus said holiness and right-standing before God cannot be achieved by our own strength. By all accounts, we are doomed. But the form of judgment is also the form of our salvation.

I loathe inefficiency, especially when driving. Even if I know a route might be faster, if it starts out in the opposite direction of my destination, I just can’t do it. (Can I get a witness?) Israel found themselves going the long way around because of Edom’s opposition. The Israelites’ impatience with the detour seemed to make them more prone to irritability. If things weren’t bad enough, they had to endure this worthless food! No water! They were as good as dead! Or were they?

I distinctly remember the Lord providing water from a rock. If He could manage that, I’m pretty sure He could meet their needs. And the worthless food? Did you mean the manna and quail that miraculously appeared every morning for gathering and consumption? Oh yeah, that? There are descriptors that might fit more accurately — redundant or bland — but definitely not worthless.

As much as I want to criticize the Israelites’ complaining, I can see too much of myself in them. I’m “all in” at the start of a project or adventure, but when things get uncomfortable or downright difficult, I start seeing (and naming!) all the problems.

"[Jesus] told us that holiness and right-standing before God cannot be achieved by our own strength. He preached that our righteousness must exceed that of the most righteous religious leaders of His day."

This time, the Lord’s judgment took the shape of fiery serpents. It is doubtful that the serpents were literally fiery. What’s more likely is that their bites burned like fire, and they may have been shiny and reddish in color. More important than the serpents’ appearance was their symbolism. Ancient Egyptian texts featured stories of fiery serpents protecting Pharaoh and Egypt.1 They were emblems of Egypt. The people thought that relief and salvation would be found in Egypt.

Instead, the Lord showed the inevitable destruction that comes from trusting in anything or anyone besides the Lord. The pain caused by the serpents’ fatal bites provoked the people to come to their senses. They admitted their sin and implored Moses to pray for them.

The antidote to Israel’s trouble came in a similar form to the trouble itself. The Lord told Moses to fashion a serpent out of copper and fix it onto a pole. Those who had been bitten were to look at the copper serpent and be healed.

Gordon J. Wenham notes that the remedy here is in line with others like it in the Old Testament. For example, the purification requirements for those who were made unclean by blood involved blood being spilled (through animal sacrifice). Also, the ashes of a dead heifer were mixed in water used to cleanse those who had touched a dead body (Num. 19). This makes sense, then, that “Those inflamed and dying through the bite of living snakes were restored to life by a dead reddish-coloured snake.”2

In John 3:14-15 Jesus shed light on the incident of the copper serpent.

“And as Moses lifted up the serpent in the wilderness, so must the Son of Man be lifted up, that whoever believes in him may have eternal life.” (ESV)

Jesus wasn’t lifted up on a pole, but He was lifted up on a cross. His life is a judgment on humanity. He lived the perfect life we could never live. He died the death we deserved. He told us that holiness and right-standing before God cannot be achieved by our own strength. He preached that our righteousness must exceed that of the most righteous religious leaders of His day. By all accounts, we are doomed. But the form of judgment is also the form of our salvation. Like Israel, we look to the form for redemption and atonement. For Israel, it was the copper serpent. For us, it is Christ.

We “fix our eyes on Jesus, the author and perfecter of our faith, who for the joy set before Him endured the cross, scorning its shame, and sat down at the right hand of the throne of God."

Excerpted from With Us in the Wilderness © 2021 Lauren Chandler. Published by LifeWay Press®. 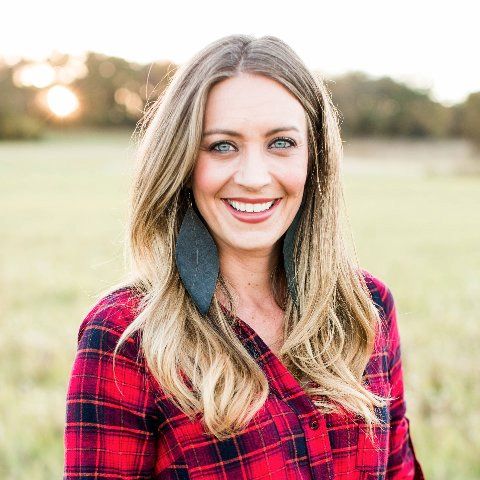 Lauren Chandler is a wife and mother of three. Her husband, Matt Chandler, serves as the lead teaching pastor at The Village Church in Dallas, Texas. Lauren is passionate about writing, music and leading worship, not only at The Village Church, but also for groups across the country. The Lord has taken Matt and Lauren on a challenging journey, beginning with the November 2009 discovery of a malignant brain tumor in Matt. The Lord has been infinitely merciful to provide peace and comfort in uncertainty, and joy in times of victory and healing. Lauren and her family have been given a deeper trust in clinging to the Lord and his cross during this appointed season of valleys and storms.

God is a Good, Good Father

You’re a child of the Most-High God. God will never waste a tear, and He has the power to restore every shattered situation. It’s in the middle of your greatest pain where God wants to meet with you.

Are You Searching for Your Calling in Life?

When you live out your God-given purpose, you’ll experience God’s energizing, eternally significant power to leverage your gifts and maximize your life’s fullest potential.

Discover the Story Behind 'I Can Only Imagine'

MercyMe’s crossover hit, “I Can Only Imagine,” has touched millions of people around the world. But few know about the pain, redemption, and healing that inspired it. Bart Millard, award-winning recording artist and lead singer of MercyMe, shares how his dad’s transformation from abusive father to man of God sparked a divine moment in music history. 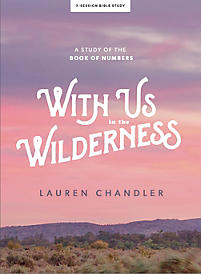 Join Lauren Chandler in this 7-session, in-depth study of the Book of Numbers and God’s people. Discover how even when they rebelled God’s love and promises remained. It’s in that love and those promises the children of Israel found their identity and where we must find ours today.