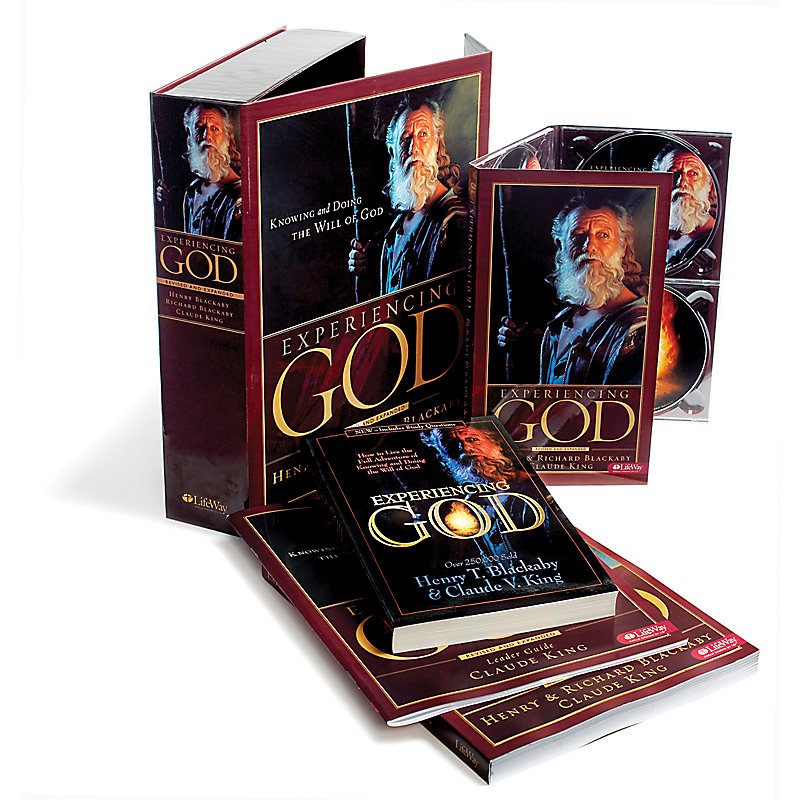 Knowing and Doing the Will of God

Experiencing God: Knowing and Doing the Will of God - Leader Kit is the revised and expanded edition that helps leaders to promote the classic, best-selling, 13 week study and conduct an Experiencing God Weekend or churchwide spiritual growth emphasis. Written by Henry Blackaby, Richard Blackaby, and Claude King, the Experiencing God Bible Study is based on the Experiencing God book, which has sold millions of copies worldwide. Through examination of biblical and contemporary illustrations, participants will understand and apply seven realities of experiencing God. Churches will be helped to better function as the body of Christ, as members understand how to experience God as a church.

Henry T. Blackaby is founder of Blackaby Ministries International and former special assistant to the presidents of the following agencies of the Southern Baptist Convention: International Mission Board, North American Mission Board, and LifeWay Christian Resources. His father was a deacon and helped start churches in Canada as a lay pastor. Henry is a graduate of the University of British Columbia, Vancouver, Canada, and Golden Gate Baptist Theological Seminary. He has four honorary doctor’s degrees. He pastored churches in the San Francisco and Los Angeles areas before going to Faith Baptist Church in Saskatoon, Saskatchewan, Canada. Henry also served as a director of missions in Vancouver, British Columbia. He has written dozens of books and has spoken in 200 countries in churches and conferences. He counsels Christian CEOs of major companies and has spoken in the White House and the United Nations. He and his wife Marilynn have five children: Richard, Thomas, Melvin, Norman, and Carrie. All five children are serving in full-time Christian ministry.

Richard Blackaby is Henry’s oldest son. He holds a PhD in history from Southwestern Baptist Theological Seminary as well as an honorary doctorate from Dallas Baptist University. He has served as a pastor and a seminary president. He is currently the president of Blackaby Ministries International. He is married to Lisa. They have three children: Mike, Daniel, and Carrie. Richard has co-authored a dozen books with his father as well as authoring CrossSeekers, Putting a Face on Grace, and Unlimiting God.

Claude V. King is an editor in chief for undated resources at LifeWay Christian Resources. In addition to this course, Claude worked with T. W. Hunt to develop The Mind of Christ. He is author or coauthor of 21 books and courses including Made to Count Life Planner, Fresh Encounter, WiseCounsel, Come to the Lord’s Table, Meet Jesus Christ, and Concentric Circles of Concern. Claude serves as president on the Board of Directors for Final Command Ministries. He is a graduate of Belmont College and New Orleans Baptist Theological Seminary.

Right-click on the link. Select the “Save Target As”, “Save Link As”, or “Download Linked File As” option on the popup menu. Choose a location to save the file, then click the Save button.