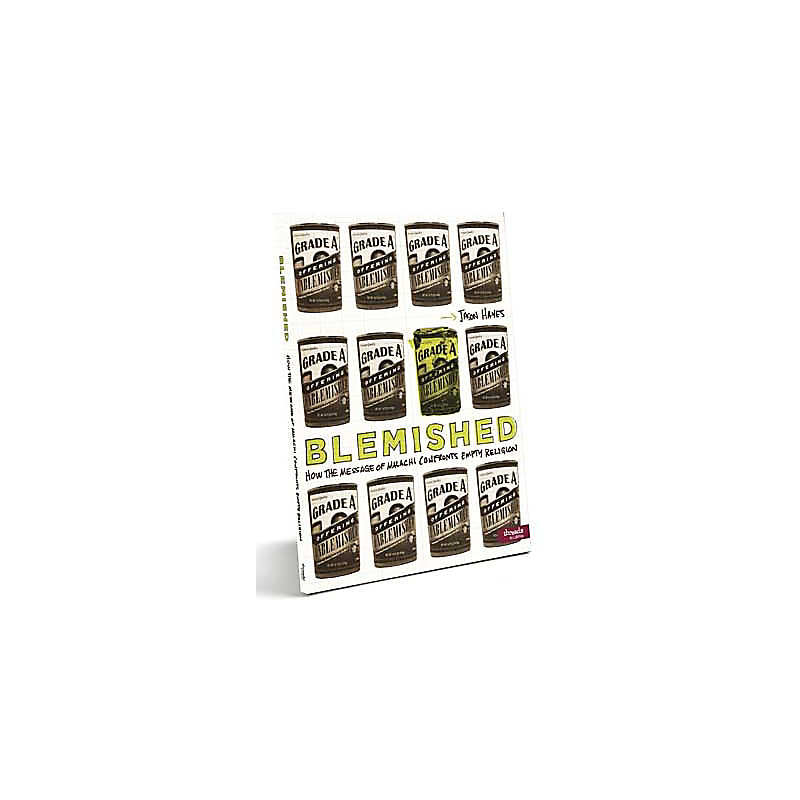 View all Blemished products and information.

Blemished: How the Message of Malachi Confronts Empty Religion - Member Book is a small group study of Malachi, designed to motivate Christ-followers to remember that God desires a deep level of obedience from His people who are still called to bring unblemished sacrifices before Him. Malachi is a book about unfaithful priests, half-hearted religion, and blemished sacrifices. It’s about people who lived by checklists, performing spiritual acts without the engagement of their hearts. Blemished points out how many Christ-followers are following in the footsteps of the people in Malachi’s day.

What’s the last thing God said to you? What if He went silent after those words and you never heard from Him again? It wouldn’t be the first time. After centuries of dreams, visions, and words from prophets, the Lord went silent. He said nothing for 400 years. The last word God spoke to His people, before the New Testament, is recorded in the Book of Malachi. And it wasn’t good news.

Author:
Jason Hayes is the young adult ministry specialist for Threads. His primary role for Threads is to serve as a speaker, church consultant, and writer. He is the co-author of Lost and Found: The Younger Unchurched and the Churches That Reach Them and the author of Blemished: How the Message of Malachi Confronts Empty Religion. Jason earned a Master of Divinity from The Southern Baptist Theological Seminary in Louisville, Kentucky. Prior to coming to LifeWay, he served at Long Hollow Baptist Church in north Nashville. He is also happily married to his beautiful wife, Carrie, and is a proud dad to their two sons.