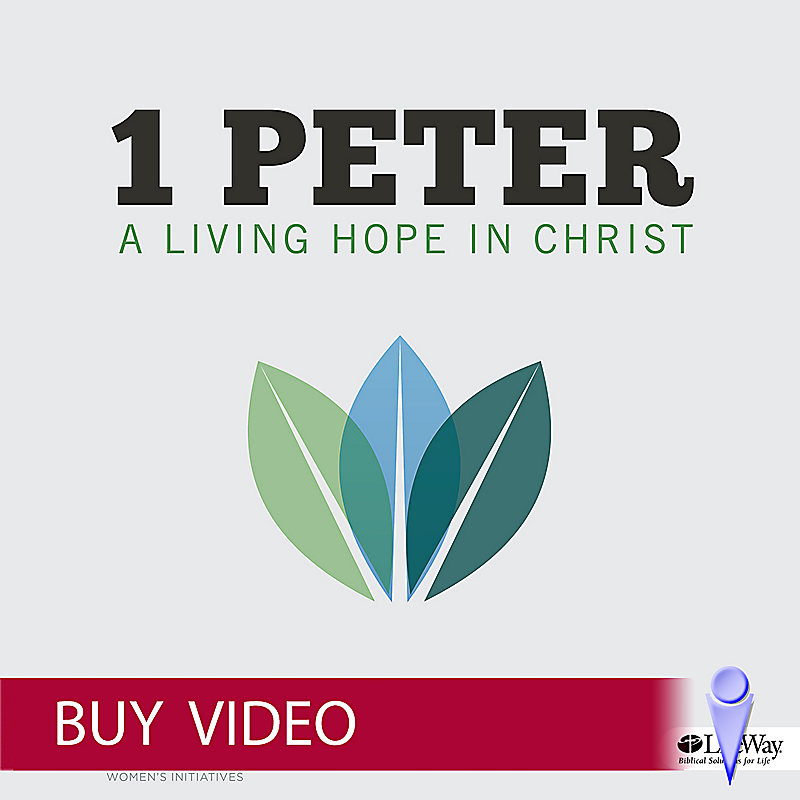 View all 1 Peter: A Living Hope in Christ products and information.

Session 1
Peter was one of Jesus' beloved disciples and 1 Peter is a letter from him to the church under persecution. From his letter we can learn about identity in Christ, humility as believers, and submission to earthly and heavenly authority.

Session 2
1 Peter 1:1-12 speaks of our inheritance through Christ. Because of Jesus' sacrifice on the cross, we have a living hope in Him and an inheritance that is imperishable, undefiled, and unfading.

Session 3
In 1 Peter 1:13-25, Peter talks about our identity as children of God. More than that, he speaks to what this identity means for how we live as those who are called to be holy as He is holy.

Session 4
We see in 1 Peter 2:1-12 that we are called, in light of Jesus, to live as mature believers, continuing in sanctification in order to be like Him, the cornerstone the builders rejected.

Session 5
Next Peter turns our attention to our behavior toward authority. In 1 Peter 2:13-25, he exorts slaves to submit to their masters. In Peter's time, this was a way to protect the newly converted slaves, to give them practical advice on living like Christ in a sinful world with unbelieving masters.

Session 6
Peter also looks at submission in marriage. In 1 Peter 3:1-12, he gives the example of Sarah as a wife who submitted to the authority of her husband. We can learn from the way she trusted God and her husband's relationship with Him later in life.

Session 7
In 1 Peter 3:13-25, Peter will round out his thoughts on submission by describing how to submit even in the midst of persecution. How should the believer respond to suffering that results from doing good?

Title
Available Options
Quantity
Price
Add
1 Peter - Rent
1 Peter - Audio Sessions
1 Peter Bible Study Book
1 Peter Leader Kit
1 Peter Bible Study eBook
1 Peter - Video Bundle - Buy
1 Peter - Group Use Video Bundle
<div id="companion-products" class="collapse js-loaded-content" ng-show="productList" comp-product-availability="[{&quot;productFamily&quot;:&quot;1 Peter: A Living Hope in Christ&quot;,&quot;longDescription&quot;:&quot;<strong>1 Peter: A Living Hope in Christ - Video Rent Sessions<\/strong> by Jen Wilkin are 9 individual, rent sessions from the women&#39;s Bible study. Jen reminds us that our inheritance through Christ is imperishable, undefiled, and unfading. In 1 Peter, a man of faith and flaws and eyewitness to the life of Christ challenges us to look beyond our current circumstances to a future inheritance. He shares his concerns on big picture issues for the early church, describes believers&rsquo; true identity in Christ, and ultimately helps readers discover what it means to experience the Living Hope they have in Christ.This digital video rent session will expire 2 weeks after the date of purchase. <\/strong>