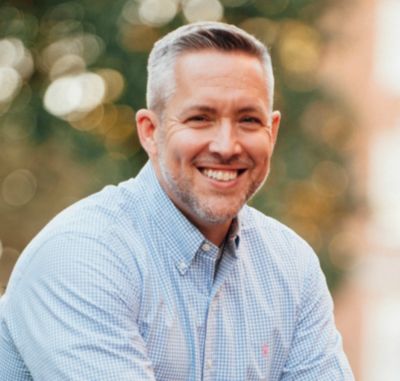 Pastor of The Summit Church, in Raleigh-Durham, NC

At the age of twenty-seven, J. D. Greear became the pastor of a forty-year-old neighborhood church. In the years since, that congregation of four hundred has grown to over five thousand in weekly attendance. Today the Summit Church, located in Raleigh-Durham, North Carolina, is one of the fastest-growing churches in North America.

J. D.’s messages aren’t intended just to show people how to live better lives. His goal is to leave people in awe of God’s amazing love. Because of his belief in the power of the gospel, J. D. has led the Summit to set a goal of planting more than one thousand gospel-centered churches in the next forty years.

Unless God calls him elsewhere, J. D. plans to stay at the Summit Church until he preaches his last sermon at his own funeral before saying goodbye and hopping into the casket.