2 Things You Should Know About God's Kingdom

Jesus said: "Your kingdom come. Your will be done on earth as it is in heaven." But what does that really mean?

Today there are 40 or so kingdoms in existence throughout the world.

In its truest form, a "kingdom" is simply any place in which a person's will is done. If a man is in charge of a country—if his will is carried out within its borders—that country is his kingdom. In the same way, if a businesswoman is in charge of a company, that company is essentially her kingdom. An estate owner who tells resources where to go and what to do has a kingdom. Even a child who is allowed to make decisions about his or her 10 x 12 bedroom has a tiny kingdom.

In short, wherever your will is carried out, that is your kingdom.

As we think about the kingdom of God, the same definition applies. Therefore, God's kingdom exists wherever His will is carried out. To say it in another way, the kingdom of God is simply the reign and rule of God over any area in which He has control.

That's why Jesus included these famous words in His model prayer: "Your kingdom come. Your will be done on earth as it is in heaven" (Matthew 6:10).

1. God's kingdom is both now and not yet.

So, what gives? The answer is that God's kingdom is both "now" and "not yet."

The reason Jesus could say "the kingdom of God is among you" is because many people of His time had submitted to God's will. The same is true today, although on a larger scale—what we know as the church. Still, the majority of humanity remains in rebellion against God.

There will come a day, however, when all rebellion will end. God will once again establish His kingdom across the world. This is the time of judgment Jesus described to His disciples.

In teaching His disciples about the future revelation of God's kingdom, Jesus referenced two stories from the Old Testament that both paint a frightening picture. Take a moment to read Genesis 7:11-24 and 19:12-26.

By referencing the stories of Noah and Lot, Jesus was highlighting the sharp contrast between the kingdom of God and the kingdom of the world. In both stories, the majority of people were concerned only with worldly needs and desires: eating, drinking, marrying, buying, selling, planting, building, and so on. These aren't negative activities—they're not sinful in and of themselves—but they are entirely focused on temporary concerns.

Verse 33 is the key: "Whoever tries to make his life secure will lose it, and whoever loses his life will preserve it." The only way to move from the kingdom of the world to the kingdom of God is to willingly surrender control of your life. In order to gain what is eternal, you must let go of everything that is temporary—everything this world cares so much about.

A Christian is any person who turns to Jesus and says, "Everything in my life is negotiable except You." That's what it means to live as a citizen of God's kingdom.

Excerpted from The Truth, book 4 of Disciples Path (LifeWay 2015). Used with permission.

Learn More About A New and Practical Discipleship Resource 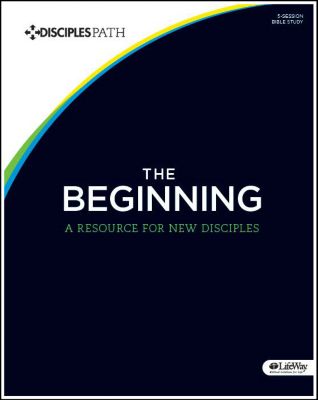 Disciples Path is a series of resources founded on Jesus' model of discipleship. Created by experienced disciple-makers, it is an intentional path of transformational discipleship. These disciple-making resources emphasize the principles of modeling, practicing and multiplying.

Leaders model a biblical life, disciples follow and practice from the leader's example and disciples become disciple makers and multiply through Disciples Path.

Discipleship Articles Recommended for You

How God Disciplines Us through Discipleship

God disciplines you to conform you to His image. The discipline of the Lord isn't evidence of His lack of love; it's proof of it.

Live as a man whose life directs others to the Heavenly Father.