Nowhere is the family being attacked more strongly and subtly than in the area of entertainment. It is vital that parents be on guard and ready to take a stand against what the world is telling our children.

The old saying, "It's a jungle out there!" isn't strong enough for the culture we are raising our children in today. A more appropriate description would be "battleground," and the war is being waged against our tweens on every front of their lives. We as parents must be aware of what is coming at our young people, and we must learn how to defend our families from the onslaught called "pop culture."

Nowhere is the family being attacked more strongly and subtly than in the area of entertainment. Television, movies, music, and the Internet are all lowering their standards of what is acceptable; and Christian teens are not exempt from their influences. It is vital that parents be on guard and ready to take a stand against what the world is telling our children.

Surveys show that 45 percent of 10th graders watch three or more hours of television a day. The numbers go up as the age of teens goes down. Do you know what shows your tween is watching? What is the basis of the show? The occult is glorified in several popular prime-time dramas, and shows that appeal to the teen culture spend much of their airtime focused on teens having sex without discretion as they continually disrespect their parents.

Don't ever think that exposure to these types of things won't affect you or your family. A 30-second spot during the Super Bowl can cost upwards of $3 million, reflecting the truth that TV sells concepts and products. If it didn't influence consumers, they wouldn't be able to get that kind of money for airtime.

The top-rated cable TV channel of viewers from 12 to 24 years of age in America is MTV. It is also one of the more explicit channels in its depiction of sexually graphic and violent content. The target audience for MTV is literally 12 year olds, catching the young person who is outgrowing Nickelodeon. MTV claims to be anti-hate and all tolerance, yet they continue to bring Eminem and his hate-inspired lyrics into homes across America. They also take every opportunity to mock Christians and God, as well as the idea of moral absolutes.

Sex crimes among tweens and early teens against younger kids have risen dramatically and so has the occurrence of MTV's version of documentaries focusing on lesbian strippers, breast implants for teen girls, and shows glorifying sexually-deviant behaviors. You can read in the news about the effects of programs like "Jackass," an MTV weekly show, have on tweens and teenagers. To limit the exposure of the negative forces of this pop culture, pay close attention to the following:

Music and videos. Take the time to review music and videos before you allow your tweens to listen to and view them. You don't want your kids to eat unhealthy foods or participate in dangerous activities that will harm them, so don't overlook the music and lyrics that are harmful to them as well. If you can't understand what the artist is saying as you listen, read the printed lyrics inside the CD cover or check the Internet to discover the reputation of the singers. More and more popular musicians are singing songs that are violent, have extreme sexual language, glamorize suicide, promote low self-esteem, and devalue the family.

A casual reference to a particular sweatshirt by rapper Jay-Z caused a large department store to sell out of the $600 item. Remember that when your tween says "I'm not affected by the words of the song; I just like the beat."

Movies. A recent survey of teens revealed that the number one activity that they liked to do with their parents was watching movies. How often do you drop off your tweens or send them to the movie theater with friends? Although there is a rating system for movies, it isn't feasible to trust a system made by people who continually lower their standards for what is and isn't acceptable for students. It's vital that you know what your kids are watching. There are several ways to screen movies before giving your permission (and your money) to let your tween watch a movie. Go to www.screenit.com or www.pluggedin.com to check it out yourself first. Select movies to watch with your tweens, then discuss them and make spiritual applications for life. A great resource for such discussions is Movie Nights: 25 Movies to Spark Spiritual Discussions with Your Teen.

The Internet. Time online is at an all-time high among students, and it is imperative that you monitor what your youth is seeing on the net. There are many types of filters available to fit the needs of your family. One of the most important tools available to you is time. Spend time with your son or daughter, talk to them, find out what they are doing online, who they talk to, and what sites they visit.

Video Games. Last, but not least, review the array of video games at your house. There are numerous popular games that have curse words, depict violence, and glorify things like stealing cars. If your student spends much time playing games with these negative influences, they will be affected. Remember that a lesson is best learned when it is seen and heard. In other words, don't tell your son that you want him to respect authority and then buy him a game where the goal is to break the law and run from policemen.

What you do as a parent does matter and may significantly reduce the likelihood of your tween becoming involved in negative and even life-threatening behavior. A study showing the connection between parental restrictions of R movies and adolescent (5th to 8th grade) use of tobacco and alcohol reveals some encouraging results. (For complete results see www.acponline.org/journals/ecp/janteboz/dalton.pdf.)

These numbers should encourage you to take a stand and give your tween boundaries and restrictions. Colossians 2:8 warns about hollow and deceptive philosophies that can captivate your mind. Nowhere is the mind more attacked than from the entertainment industry. Philippians 4:8, Proverbs 4:24, and Romans 12:2 all encourage Christians to have pure lifestyles. It isn't easy, but it will be worth the time, energy, prayer, and patience needed to succeed in raising teens who want to live godly lives.

On a recent vacation, my 5-year-old son was playing in the ocean just a few feet from the shore. A man came walking down the beach and was calling to my son. My husband jumped up to see what was going on and the man said, "there's a shark right there by your son, and I'm trying to warn him." Sure enough, a shark about three feet long was swimming close enough to Riley to touch him. Needless to say, we spent the rest of our water time at the pool.

I've looked back on that event with gratitude for the warning of the stranger. Yet, how often do we as parents allow our children and teens to play in the dangerous waters of the world because everyone else is playing there? As careful as we are about the physical safety of our teens, we must be even more careful about their spiritual safety. 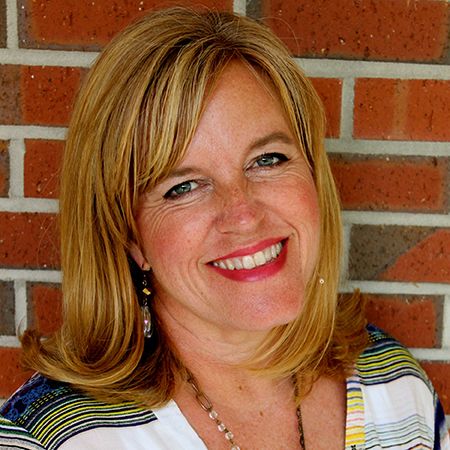 Rachel is the Senior Associate Pastor’s wife and a women’s leader at First Baptist Church, Cleveland, Tennessee, as well as a LifeWay Women’s Trainer. She is co-author of a Bible study for ministers’ wives, In Our Shoes: Real Life Issues for Ministers’ Wives by Ministers’ Wives as well as Even MORE and Salvaging My Identity -both are 40 day experiences for teenage girls and young women. She uses her passion for Christ, her energetic style and her sometimes crazy sense of humor to encourage and teach women to find the answers they need from the only true source of wisdom—the Bible. She is a wife (of a minister), a mom (of three fantastic kids), a friend, a writer, and a teacher. Her experiences working in youth ministry as well as women’s ministry in various churches across the country have developed in her a deep love for women and a mission to help enable them to live victoriously in spite of the struggles they face.