Love and Submission in Marriage

Does Paul's statement that all Christians are to submit "to one another" include husbands in relationship to their wives?

I used to do a weekly radio program called "Let's Talk!" Anyone could call in and "visit the pastor's study." One day, a distraught young man called me because his wife had just left him. I asked him why, and I'll never forget his response: His wife felt he was too controlling and dominating. 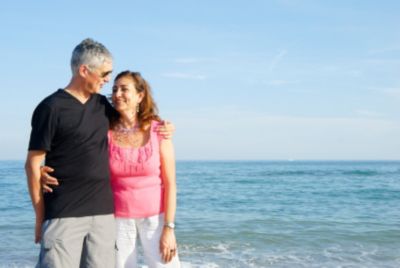 "Well," he responded, "doesn't the Bible say I'm supposed to rule over her?"

He, of course, was quoting from the Book of Genesis. I quickly set the record straight — that this was not a command from God, but a result of sin and how it would impact husbands all over the world and throughout history.

Was Paul thinking only of wives or of all believers when he said, "Wives, submit to your own husbands as to the Lord" (Eph. 5:22)? Obviously, he was indeed thinking of wives since he addressed them specifically. But if we look at the preceding verse and context, Paul wrote that all believers are to "be filled by the Spirit ... submitting to one another in the fear of Christ" (Eph. 5:18b, 21).

This leads to a second question. Does Paul's statement that all Christians are to submit "to one another" include husbands in relationship to their wives?

A Message to All Believers

Actually, Paul answered this question in his letter to the Philippians. Addressing all who claim to be Christ followers, he wrote, "Make your own attitude that of Christ Jesus, who, existing in the form of God, did not consider equality with God as something to be used for His own advantage. Instead He emptied Himself by assuming the form of a slave, taking on the likeness of men. And when He had come as a man in His external form, He humbled Himself by becoming obedient to the point of death — even to death on a cross" (Phil. 2:5-8).

This exhortation gives significant meaning to what Paul had in mind when he wrote that "the husband is the head of the wife as Christ is the head of the church" and "Husbands, love your wives, just as Christ loved the church and gave Himself for her" (Eph. 5:23, 25). Yes, Paul told wives to submit to their husbands, not only because this was God's will, but probably because many were using their freedom in Christ to react against the abusive marital environment that permeated the Roman world.

But when he exhorted husbands to love their wives as Christ loved them, he was giving a much more powerful exhortation. To become servant-leaders like Christ, they were to be willing to literally die for their wives — like Christ died for all people. Furthermore, these men had no concept of what this kind of love involved. They needed an explanation.

So then, how can a husband fulfill his role as a spiritual leader and "head of his wife" and yet enact mutual submission? Again, Jesus demonstrated that this is possible when He washed the disciples' feet and then asked them, "Do you know what I have done for you? You call Me Teacher and Lord. This is well said, for I am. So if I, your Lord and Teacher, have washed your feet, you also ought to wash one another's feet" (John 13:12-14). In essence, Jesus was saying that if all believers — including husbands and wives — really loved one another as He has loved us, we will indeed be willing to die for one another. John later explains this when years later he wrote: "This is how we have come to know love: He laid down His life for us. We should also lay down our lives for our brothers" (1 John 3:16).

I remember when I was just a young husband. Though I cannot remember the specific details, I do recall that I had a disagreement with my wife. I also remember very specifically that I said to myself, "I'm going to prove that I am the head of this household!" And I overruled her!

Elaine graciously submitted! But the end of the story is indeed embarrassing. It turned out to be a very bad decision on my part. She was clearly right and I was definitely wrong. I had to eat humble pie and ask forgiveness for allowing my ego, blended with my insecurity, to take over at that moment. Had I submitted to her opinion at that time, I would have only enhanced my role as her God-ordained leader. But, because she had demonstrated more emotional and spiritual maturity — both during and after the event — she forgave me, and I learned a great lesson about love and mutual submission.